The Tale of Lucy 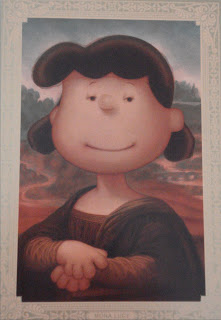 There once was a beautiful girl with pools of deep brown eyes. She lived in a normal house in a quiet neighborhood and some would say she led a privileged life. From the outside it looked that way, but on the inside she felt as though she were locked in a tall tower. No one could climb the tower to reach her. In fact, no one ever really tried. Only the evil gremlins communicated with her and all they said was, “Sit still. Look pretty.”

Although she was, in deed, quite pretty, she never felt that to be true. And as far as “sitting still” went….well, all she really wanted to do was play and skip and laugh and shine. The gremlins were quite envious of this playful behavior and in their resentment, they cast a spell over the beautiful girl. They used sweet sounding words tinged with bitterness that gently lulled her to sleep. But, just before she went into a deep slumber, the girl realized that she was being tricked. She knew something was terribly wrong and deep in her heart she clung to the dreams of her childlike nature.

Alas, the spell still took hold and the young girl was silent for many years during which time she became bitter and resentful just like the gremlins. She was crabby and spiteful and often pushed her companions away with her nasty demeanor. One day, a very brave friend looked at the girl and said, “You are Lucy. Lucy Van Pelt. Charlie Brown’s nemesis.” Hearing the name and making the association was like being struck over the head with a large stick (or awakened from a deep dark sleep.)

The name stuck and the young girl (who was no longer so young) realized slowly, but surely that she was not really Lucy Van Pelt in character and she still wanted to play and skip and dance to music and to have her heart touched by those she loved. She came to learn that the more she knew about herself, the more she wanted to love and care for others in return. And so, she began to play again; and she started to shine; and music followed her everywhere she went. 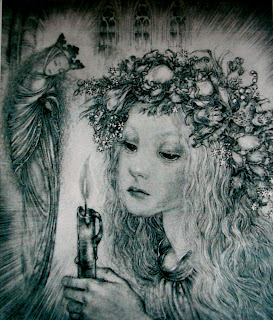 Birds gave her special messages and dolphins danced along her path. She was full of light. It was as if she had her own magic wand and she could use it to help others see their own light. She glistened and glowed. She transformed back into who she had always been deep inside her heart. She played. She skipped. She did the gratitude dance. And one day, she learned that her new name, Lucy, meant light. She was not only Lucy Van Pelt, she was also St. Lucy—Patron St. of the blind.

She was playful and beautiful and her pools of deep brown eyes could see clearly now. When she was scared and under the spell of the gremlins, she would pull footballs out from under unsuspecting victims, but when she was grounded and filled with love, she was St. Lucia. She was Lucy in the sky. She glittered with diamonds and pearls of wisdom. She was magically fulfilled.

Today, the girl-turned-woman loves both her “Lucy’s.” They make the completeness of who she is. The dark and light. The serious and playful. The crabby and kind. She needs them both. And so, you see, the gift of Lucy (given to her by a very brave friend) was one of the greatest gifts she ever received. For without that gift, she would not be Lucy of the light and there would be no diamonds for her to share with the world.

Today is St. Lucy’s day. Please join me in celebrating the Light!

Oh, this is SO lovely and touching and beautiful. I am so grateful for your light.

I am so grateful that Lucy was kissed with Love and AWOKE from her slumber! This is a wonderful entry. Love, Pamela

Happy Feast of St Lucy dear friend, what a WONDERFUL story!!! I loved reading it in this way, even though I'd heard the pieces before, it was a gift to hear the whole story in all of its magic and transformation. And while I fully celebrate you embracing both the kindness and crabbiness, I still have yet to see you truly crabby! :-) With love and blessings, Christine

Oh this is a tremendous tale! I loved hearing it, as abbey reflects, in one big all together now story. Thanks for the smile on my face. xoxoxo SS

thank you for the reminder of light and laughter...

thank you all for your wonderful comments. i am glad you enjoyed the tale of lucy...both of us have showed up today to celebrate feast day :-)

excellent...so much there in that story! :)

Lucy - What a truth-filled story, wonderfully told! Yours inspires me to consider my own, as all authentic tales do. Thanks for sharing and for shining your light in the real (and virtual) world for all to see.
Hugs and blessings,

What a beautiful story of quest and journey... the name "Lucy" carries special meaning for me and I didn't realize that it meant "light."
Happy journeys!

lizabeth--thanks for commenting on "the tale"...do you perhaps have your own little ray of light?

Oddly, although the St Lucy means a lot to me, I hadn't really thought of the blindness aspect. We always give to the guide dogs association at this time of year, and today they rang to ask if we would again, so this has rather clicked into place now, and I'll make sure we do. 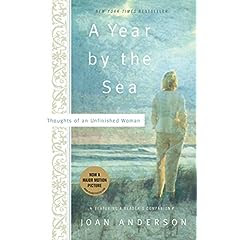