My first visit to Kino was about a year ago and came under pretty crazy circumstances. Our teenage son was just finishing up a wilderness program for drug and alcohol abuse. (It had been a long, hard road for all of us.) We had been looking at therapeutic boarding schools and his counselor recommended a center in Mexico. “Mexico? No way!!!” was our immediate response. We had visions of Mexican jails, drug lords, vast deserts and never seeing our son again. The therapist said, “It’s worth a phone call.” So, I made the call and found that it sounded like a pretty great program. Bill and I talked things over and decided that he couldn’t take any more time off from work right then but that we couldn’t send Jonathon to the one school we hadn’t checked out personally…especially if the school was in Mexico. 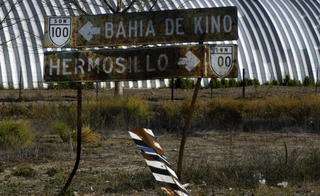 So, the next thing I knew I was on a plane to Hermosillo by myself. I had to rent a car-- quite an interesting process in and of itself since I don’t really speak or read very much Spanish. I had been warned to not travel on the road after dark because it wasn’t safe. (Too many cars with no head or taillights.) My plane had arrived a little late and I was pushing sunset but felt like I needed to get there as soon as possible since I only had about 1 ½ days to visit. So, there I was cruising down this two-lane road with the sun setting rapidly. I was in a little yellow rental car with a cracked windshield, listening to Spanish pop music and wondering what the hell I was doing!!! It was about that time that I witnessed my first “Kino magic.”

I came around a bend in the road and there was one of the most beautiful sights I have ever seen. It was an incredible saguaro cactus field in silhouette. At that moment, the sky lit up in awesome shades of pink, yellow, gold and blue. The clouds appeared to be reaching upward and I can only describe them now as The Fingers of God. It was one of the most breathtaking views I have ever witnessed and at that moment I felt an incredible peace come over me and I knew that God was with me and that I was safe and traveling down the right road. 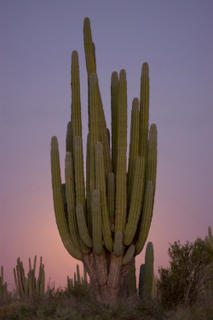 The Power of Nature.

There’s something strong yet comforting about nature in Kino. The sky, the desert, the water, the mountains. You can just see and feel God’s presence all around you. I love to walk on the beach and look at the different shells. I used to only pick up the perfect ones but now I’m partial to the slightly broken ones. They remind me of my life. They have character instead of perfection. (Smile.) The birds are fascinating, too. There are some that I call “suicide birds.” They fly along and then all of a sudden go into a kamikaze dive and the next thing you know they pop back up and off they go. I could watch them for hours. They remind me of Jonathon and the wild almost suicidal choices that he has made, but when I see the birds pop back up and fly away so strongly I have hope that he will one day do the same thing.

Also, the colors seem more intense in Kino. The sky is bluer, the sand is whiter, the sunsets are incredible. There is something so calming and beautiful about all that power and creation. The desert is barren yet still alive and the contrast with the sea is beyond description. I read a quote once that said, “Where there’s desolation and heartbreak, there’s beauty and magic.” That’s how I feel about being in Kino. All of those things…desolation, heartbreak, beauty and magic. 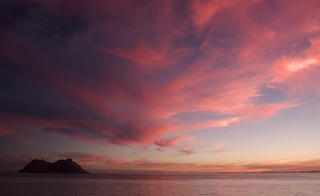 When we first had to send away our son, I was devastated. I had totally lost faith in God and had a hard time seeing hope in the present much less for the future. I was so angry! I ranted and raved and cried out to God that He couldn’t possibly understand what I was going through!! That’s when I heard a still small voice that said, “Of course I understand, I sent my Son to die for you.” Ouch! That really hit home. I had committed myself to Jesus many times over the years, but this was different. A peace and release came over me as I turned my son back over to God. I realize that may sound a little hokey or melodramatic, but from that moment on my hope for the future began to build and I sensed that no matter what happened, I was going to be alright. All I needed to do was to love my son unconditionally and God would take care of the rest.

Since that time, I have been filled with such peace and calm like I have never known in my life. The last part of the magic is what continues to draw me back to Kino. Now, I realize I’m going out on a limb here and you may think I’m nuts, but what the heck…, I met the Holy Spirit in Kino. 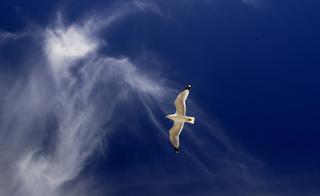 I was surrounded by mainly non-believers in the middle of a 12-step meeting and God spoke to me. And afterwards (much to my distress) I shared His words with these non-believers. Somehow, God had prepared their ears and they didn’t run me out of the room. On the contrary, many were blessed by the experience. Believe, me this was definitely out of my comfort zone! However, since that time, the blessings have abounded as my relationship with Christ has grown. My confidence has increased and I’m not so anxious about the future. As a matter of fact, that’s the only reason I’ve been able to share this story with you.

photos by bill hughlett
Posted by Kayce aka lucy at 2:52 PM 2 comments: