Earlier this evening I found myself responding to a post by Sunrise Sister reflecting on her recent experiences with her 50th class reunion. While she and I grew up in the same family, we had vast gulfs in our own experiences beginning with an age difference of several years. She and I continue to be amazed as we’ve entered adulthood and ultimately friendship, how life has shaped us in similar and different ways. 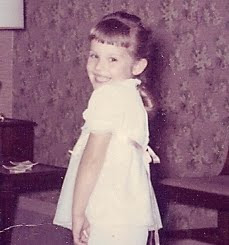 It was my distinct privilege to travel with her for the event of a lifetime – the gathering of friends who spent 12 years together in school – many of them still living in the same district from which they graduated. Even though I was just a tot when they graduated from high school, they influenced me as they orbited around my sister who seemed larger than life to her baby sis.

Attending a reunion breakfast with SS one morning, I was amazed at the memories that flooded back to me. In front of me sat the gregarious twins who I’ve never seen apart from each other – they were chattering bookends with my sis in the middle as I recalled those years. They lived around the corner from us and their house still stands just as I remembered it. Speaking with them I recalled falling off my bike and scraping my knee only to confirm it was their caring mother who scooped me up and tenderly patched my bleeding wound. Her act of tenderness has never left me.

I also encountered the tall prince who I gazed up at with star-struck eyes when he came to pick up my sis for a fancy banquet (I always thought it was a dance, but learned there was no dancing allowed in the provincial school.) He smiled at me in present time and became a little teary as he remembered his own little brother, my age, who died when he was just a boy. And then there was the prom queen – a little worn with age, but recognizable nonetheless as she opened her mouth and spoke to me in Southern drawl of yet another brother, my age, who passed away just last year. For many of my sister’s classmates, I was a mascot of sorts – a reminder of their mothers who birthed children in their 30’s (almost unheard of in that day.) 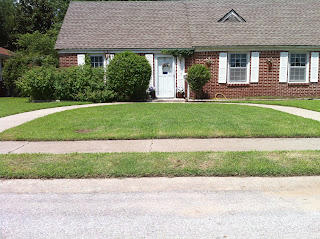 One other neighbor introduced himself and we both gave our descriptions of the circular path in front of his house – to me it was a giant driveway on which to ride my bike endlessly; to him a small sidewalk nearly forgotten. Who knew all of those memories would tumble out of a woman who was barely 4 years old when they were created? The emotions these individuals evoked in me were surprising, tender and pretty remarkable.

It’s funny how I started to write this post about my own reunion that occurred on this same trip. Today, however, it feels important to honor the people who grew up a little before me. Like my sister, I cannot shake the awareness that each of these encounters both past and present has marked my life with indelible ink.

People (& things) seem pretty darn big in the eyes of a four year old. Are there those you recall who were bigger than life? The handsome prince, a gentle caregiver, the beautiful queen? Your adored sibling or parent? How do they still impact you today? If it's been awhile, I invite you to take a stroll down memory lane. The path to get there may be shorter than you think.

Beautiful, lucy! It makes me think of my family-in-law and the wonderful times they all had growing up. Thank you!

thanks, claire - i was truly stunned by the impact of my sister's peers on my own young life - then and now! i'm also curious about the women you alluded to in your reply to SS. sounds like you all may have had some memorable times, too :-)

Oh my gosh, that is just the sweetest picture of you Kayce! I just have one brother (older) and as children we weren't very close so I don't have many memories of his friends around me...in fact I always felt more like an only child.

kate - you've just described my sister and me as children "not very close" and with little recollection of friends, etc. we've both at times considered ourselves only children, so it was even more surprising to have all of these memories surface after 50 years!!

nothing like a reunion to spark the memory bank

kel - yep, the memories just keep on a comin'!