A few days ago, I participated in an online interview. In the comment section, Christine from Abbey of the Arts posed the following question. So, here is my response for all the world to see...

If you could snap your fingers and have the life you dream of, what would be its elements and how does it differ from how you live now? What are the roadblocks? I know you live very authentically, but am wondering what some of those deeper desires being kindled are.

You know, Christine, there has been something inside of me since I was a very little girl – before the hurt of life entered in – before I started to doubt and limit myself – before I started to live the life that I thought others expected of me – when I knew and believed that I would be a star. A big brilliant shining gleaming capital S – Star! Sometimes the star looked like Miss America receiving her banner and crown. Other times, the star was Cinderella being whisked away by Prince Charming. (The older me envisions myself chatting with Oprah.) Even deeper, however, was this knowledge that I had something really big to offer the world. I believed that the world needed and wanted to hear what I have to say. 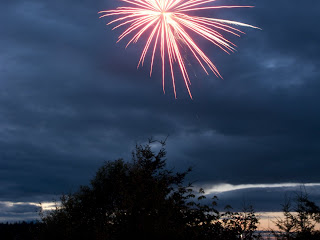 Those desires got buried beneath the façade of a shy little girl. They went further underground as I bought into other people’s ideas of what success means. Success is getting married, so I went down that road at 19 (not so successfully). Success is having a career where you can get a well-paying job – I became an accountant (definitely not my passion, but the pay was good and steady.). Success is living the American dream with the two-story traditional house, a couple of kids, the mini-van and the golden retriever. I have had them all and they wonderfully fit into my personal description of success, because they are deeply a part of me. However…somewhere deep inside is still that desire and knowledge that I have something important to offer the world in a really big way.

So, what are the roadblocks? Time, maybe. Opportunity, possibly. Me, most likely. The problem is that I don’t really know what this offering might look like exactly. It feels like by living more authentically, I am doing just what I need to do…and it is right & true. More and more it feels like writing may be one avenue to my bigger voice. I also feel drawn, however, to personal connection with people and I have visions of being in front of large groups of people sharing what I have to say which happens to be exactly what they need to hear.

This all may sound a little crazy, especially for a woman who has crossed the half century mark of her life. This is the year of FIRE, however, so who knows what the little pieces of kindling are that I am laying on the altar of life. All I have to say is when they take hold and light up, Watch out World!! ☺

Thanks for asking, C.

How about the rest of you? What deeper desires are being kindled in your heart?

What I think (and I don't know because I'm not there yet) is that the track you are on of living authentically will - and is already well on the way to - allow your star to shine out automatically, whether she looks like an Oprah guest of something else.

I suspect it's a bit like when you first get involved with someone new - you can't disguise that glow, people comment on how happy you seem etc.

Once we've cleaned the sooty glass around the oil lamp, the light shines out whether we intend it to or not.

I feel like you're on your way too--how can you help but get there?!

This is actually a question I often ask myself--what does my perfect life look like? And after that--what's stopping me from having that RIGHT NOW??!! I've found that even though I can't have all of it (at least not immediately), there are usually several aspects that I can do/have/manifest fairly quickly.

This is not the a.m. to voice my deeper desires but I think you've voiced yours beautifully and openly. It's always the first step, isn't it, to "declare" one's intentions....you're on the way! WOW, indeed!
xoxo

lovely words from three lovely ladies whose opinions i value quite highly! thank you, tess, karen & SS for accompanying me to who knows where...and if we get "there" it's really only one more stop along the way, isn't it? peace.

beautiful answer lucy, thanks for answering my question so thoughtfully. You are indeed well on your way and I loved hearing your vision for what might be ahead. xoxo C

C - was there a vision in there? i may be blinded by the light :-) xox