enCouragingBliss: When We Were Six 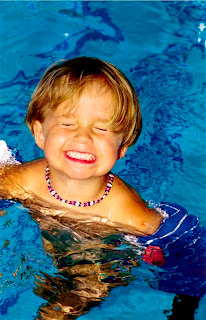 This week’s enCouragingBliss is about when we were six. Blisschick says, “By the time I was six years old, I had already been altered by fear.” Her words make me think of a premise I have been pondering. As I listen to people’s stories both professionally and personally, the most vivid memories often come into play around age five. Personally, I have two stories around that age. One is of amazing and abounding love; the other of fear and isolation. They seem to be two sides of my coin to this very day; like this from the “Chick”, “There were so many clues from the beginning about my bliss” AND “I have spent many years lost, trying to find my way back” (since those early negative messages started to cover it up.) So, the premise is this: Our bliss has been there all along. We were born with it and the rest of life is our journey to re-experience it.

When I was five, my favorite thing in the whole world was going to Kindergarten at Mrs. Peck’s. I loved the independence of walking around the half block to her house that abutted our backyard. I would skip and laugh and observe the wonder of rolly pollies on the sidewalk. I would sing to myself and dream of being a famous princess.

I shared ice cream cones with a puppy. I rode a small roller coaster without fear. I adored carrying the magic wand and gently tapping fellow travelers to help them awaken at the end of naptime.

Mrs. Peck gave the best hugs in the whole world – her ample bosom enwrapping my spunky five-year-old self. I was safe and content.

By the time I was six that safe and content child had begun to drift away. I remember one scene from first grade when I was terrified to raise my hand and ask to go to the bathroom. I stayed glued in my seat with a warm puddle silently spreading around my feet. The shame was paralyzing. By that time, my voice was silenced and I spent many many years believing the label given to me of “shy”. It was a painful place for a carefree spirit to live.

Blisschick asked if that little girl would be happy with my life now? My gut reaction was a resounding “YES!” which speaks so much of the woman I have become. It has not been an easy journey, but slowly and surely I have moved back toward that carefree spirit that loves skipping, laughing and helping others wake up from their long naps.

I believe in the power of story. I believe it helps us know our Bliss which has been there all along! So, tell me what you were like when you were about six.

Lucy, You REALLY understood what I was saying (your red text is perfect). It is nice to be so heard! Thank you.

And thank you for sharing your stories.

How wonderful to think of you skipping and laughing and twirling your magic wand! :)

I think the dominant experience of my childhood was always fear, many kinds of fear. I think my 6-year-old self would be mightily relieved to know the world is not quite so terrifying and that goodness and love are not always meant for someone else.

blisschick--i had to watch myself to keep from just copying your whole post--except i did not have one of those nifty little record players :-(

emma--thanks for stopping by. hope you'll come back again!

barbara--sending lots of goodness and love to you today!!!

Incredible...yes, it was six for me as well (another little girl inexplicably bullying me, terrorizing me...scarring me for life). It makes me so sad, thinking about that six year old self...knowing I need to heal her...afraid to try...