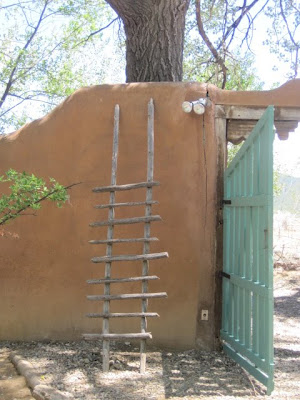 When do you know enough is enough? It’s a colossal dilemma for most Westerners. We set ridiculously high standards according to an elusive “they” who rattles around inside our heads. It’s a gigantic setup for failure, because “they” are never satisfied and continually remind us there are additional things to do, further places to visit, and masses of people to feed, clothe and save. Reaching for enough is overwhelming when listening to the unrelenting chatter. I know if I wait until everything is done in order to declare myself gratified, I’m setting myself up for an arduous and dissatisfying journey.

Stepping back I ponder how to choose satisfaction over discontent and abundance over scarcity. What will be enough today? For me, enough arrives at the precise moment I personally and individually declare it so. Enough doesn’t cater to others. Anything becomes enough when I affirm it and believe it, if only for a moment. For example, consuming food isn’t about cleaning my plate and overeating because “they” told me that’s what I should do. Rather, it’s about nourishing my body until I am physically satisfied – no more or less. In yoga class, the teacher tells us the hard part is over once we’ve showed up. I get to choose whether or not I agree. Witnessing the end of the original Rocky movie, it’s hard to determine who officially won, because each fighter had his own standard for winning. When we try to complete or compete with someone else’s conditions of enough, it’s nearly impossible to achieve triumph.

When do I know enough is enough – for me? Designing standards comes from subjective thought just like any other, so why not set ones I can achieve and appreciate? I could stop mid-sentence and declare this piece enough, or I could set a goal of 500 pages for the day and feel dissatisfied every minute because it’s impossible to achieve. Personally, success feels much better than failure and tends to be infinitely more motivating. In the example here, my balance probably lies somewhere between mid-sentence and a tome, but the point is I get to choose my own enough.

Dedicated to Kanesha - I finally declared this post "enough"!

It is said that Donald Trump was once asked, "How much is enough money?" and his response was "Just a little more."

I had an experience recently where there was a difficult situation brewing at the hospital, and one of our staff chaplains was on vacation--and the other was not answering her phone. I drove partway hyperventilating, "I don't know what to do," and then heard "trust your training." Four hours later, leaving the hospital, I began to cry. I was enough--my presence was enough. It was probably the first time in my life that truth had sunk in.

Laura, it truly is an amazing moment (life-changing even) when we can declare ourselves enough! I'm so glad you had this. xo

This is fabulous, Kayce, and totally speaks to me. Thank you. I'm in a transition so I've been thinking about this topic (when is enough enough) lately. I've been taking the slow path and it feels great.

I think these words of yours capture it perfectly: "Enough doesn’t cater to others. Anything becomes enough when I affirm it and believe it, if only for a moment."