Grace on the Bus 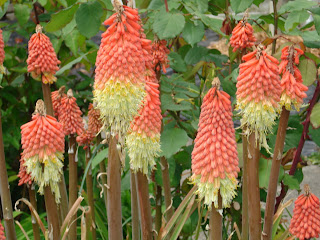 Do we really know the people around us? Do we even know ourselves for that matter? This week I returned to riding the bus amidst the previous week’s headlines of increased assaults and overcrowding.

It was one of those Seattle mornings where it’s hard to tell if the sky is going to break wide open into sunshine or burst into a deluge of rain. What would the day look like? After a bit of seat shifting between bus stops a middle-aged man landed in the seat next to me. He said, “good morning” which is something different in itself. Most riders just plug into their media (headphones, newspapers, books) and pretend the person next to them doesn’t exist. Soon we were sharing a bit of conversation as he relayed pieces of local good news—a lost runner had been found, baby falcons had hatched. Hmmm. I thought, this doesn’t feel like the bus described in last week’s paper.

The bus felt even lighter on the afternoon ride home even though it was five o’clock traffic and the coach was really crowded. The bus driver was amazing. The word ‘grace’ comes to mind. He let people exit from the back door rather than push through to the front. I witnessed riders offer seats to mothers and children. I saw strangers engage in light-hearted conversation. I saw a woman exit through the back door and deliberately walk around to the front and pay her fare (others had not done this) and then I watched that pattern repeated over and over with no real expectation from the driver.

The bus driver was our guardian for that short period of time and he did an amazing job. He was a keeper of peace, not with enforcement of rules but with kindness and a lightness in the air. Grace. He could have insisted everyone push through the crowd. Instead, he opened another door.

Through what door will I enter the world today? In what small ways might I hope to alleviate someone else’s burden—possibly their need to push and shove to be seen or heard? How will I see goodness and seek to know the person who stands before me or sits beside me? How will I follow my own star and not the headlines of another? How will you?

A writer you are - a non-writer would have looked at their schedule this week and said, no way, it will have to wait!

Thanks for not waiting to share your bus ride with your readers. I am sharing this one with my Renovare groups.