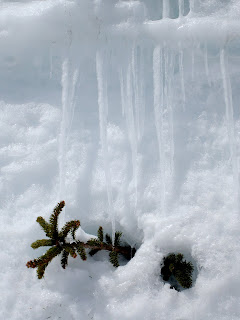 “We heap on the darkness, constructing a variety of false selves. We become adept at playing games, wearing masks as if life were a masquerade party.” --Sue Monk Kidd

The young woman sat before me dressed in her work clothes of tailored black pants and crisp white shirt. Her face clean of makeup. Her eyes tired from a cold—or was it more? Her long silky hair pulled away from her face in a ponytail that was a little messy, but still very ‘together.’ She held onto herself, grasping her stomach tightly, throughout our time together. Her face turning deeper shades of red as she tried to convince me that she ‘operates best under stress.’ It was almost as if I could hear her saying, “if I just hold on tight enough, all of the emotions I feel inside will not spill out and fill this room. If I can just convince you maybe I can convince myself that everything is alright and I don’t need help.” But she did not convince me.

I could see the terror on her young face. Terror and determination as she talked of breaking away from her “controlling parents.” Parents who were concerned that she wanted to work multiple jobs while going to school and playing sports and maintaining an active social life. From what was she running? If she were to slow down, I got the sense that the feelings would drown her. Did she have that same sense? Nowhere to turn. No one to trust. A ticking time bomb waiting to explode.

She hinted of betrayal. Friends she could not trust. A young love gone bad. The fighting in her house followed by the absence of family members. “They just leave,” she said with a shrug. The themes were all over the place, but still she tried to convince me that she did not need help. She could not fit in one more thing. She could only trust herself. But, here she sat betraying herself. Pushing her body. Exhausted and worn out. Driven. Holding tight. She saw herself as moving toward something. I saw it as running away. Her attempts at security were slowly eating away at her soul.

I have been reading your blog for a while now,
and I have enjoyed it, I can not remember the thread that brought me here, but I suppose it's value is irrelevant.
Your post today caught me, captured me enough to comment.
I have often felt that the world is full of people who spend their time and life and energy distracting themselves from living.
They race around in high drama, or sit mesmerized by someone else's drama, never being present for themselves.
and I wonder why.
Why?
Who teaches them to remove focus away from self?
where do they learn that the only way to cope is to look away?
What is so terrifying about your own life?
Your words today brought these thoughts and questions back into the forefront of my mind.
I guess that i will always have my own answers, and perhaps never understand or relate to theirs...
the mother in me wants to lay my hands upon their shoulders and say " breathe, slowly"

I keep several of your posts on my bloglines. The one beneath this one was title, "Feel Your Feelings". Appropriate, no?

I can relate to you and to the person you write about. During the first session with my spiritual director he asked me about wearing masks. To which I replied that I didn't wear a mask, any mask. Nearly 3 years later I can look back at my answer and laugh. Oh, the layers of masks that have fallen away and the ones that still need to fall. And the healing that has come as they fall away. But there really is no way to tell that to someone still clutching at whatever they must clutch at in order to keep it all together. All we can do is remain open to them in the hopes that a crack will occur and the door will open. As we must do for our own selves, too.

Lucy NICE BLOG!
i love writing too, but i prefer to write poems.
i love how you can express you feelings in words.
i'm also in a period of transition by now, some problems with friends you know? it's hard to realize that when you would like to be, and spent some time with them, because you're in a bad moment they don't care about and just go on as if nothing was happening. maybe, i was too demanding ... i don't know
the only important thing is life is not to lose our hopes, cause if we do, we lose everything.

sorrow11--welcome! it is so ironic to me that this post which i almost did not publish was the one that drew you to comment along with hope (a reader i have not heard from in a very long time) and lucia another new friend.

i, too, wonder about the things that distract us from really living and loving. your questions are ones i consider often. thank you for putting them into words.

hope--long time no see (or hear from) :-) i imagine i had much the same response you did the first time someone said to me i was "wearing a mask" or something along those lines. now, it feels like i am living the life of an onion with layers upon layers to be discovered and uncovered as i reach toward the inner core that is truly me.

nice to hear from you! thanks for commenting.

welcome lucia--i love your name! i stopped by your blog and it is beautiful. unfortunately, i am not bilingual as you are. should you ever decide to post your poetry in english, i would love to read. just let me know :-)

i smile as i realize that your comment follows the one made by "hope". i agree with you, if we lose hope we lose everything.

i hope you will visit again.

peace to each of you!

Great post, in that it did cause me to stop and connect with this woman's situation. That could have been me in my younger years...keeping busy so I wouldn't have to feel too much, or face what I perhaps thought myself lacking; all the while trying to hold it together, hold the emotions down, looking to things outside myself to find fulfillment, wearing the different masks to please the different people I found myself amongst (esp family).

Happiness and Hope, two 'words' that I feel are important, and something to keep a part of that internal core that stays at peace regardless of circumstances....a journey which I'm still undertaking to obtain. :)

From one "onion" to another - great post! It was very nice to read your new/renewed readers' comments!

I listened to someone a while ago talking about St. Paul, when he was "Saul" on the road to Demascus; he said it's the road we're all on, the road to de-mask-us. Some may receive one great bolt of light or conversion which takes care of everything at once, but most of us are peeling away daily...

"If she were to slow down, I got the sense that the feelings would drown her". Yes, that's the fear for many of us, I think.
Related to caring for others. Sometimes our compassion can feel threatening, as if it will overcome us, so we harden ourselves.

Wish I could remember where I heard it, Tess; it was a preacher on Youtube, talking about the false self, etc. Or maybe it was GodTube. In any case, the play-on-words stuck with me...

thank you all for your wonderful comments...i really like de-mask-us, too!

This is so hard to read--I can see the woman, see her pain, know that I've been there myself.

Why is it so difficult to stop? To admit? To share? To ask?