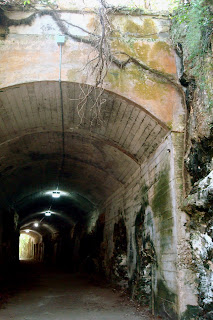 If you haven’t checked out my tagline recently, now would be a good time. The more I learn, the less I know. It seems whether it be about self-exploration or broadening horizons in general, this axiom holds true. Beginning the road to self-discovery is enlightening and it is a bit like opening Pandora’s box. There’s really no going back once you’ve started. And just when I think I’ve looked at every aspect of my personal being (or not), something new pops up. It really is the beauty of being an unfinished woman.

My latest case in point came as I was reading William Bridges classic book, Transitions. In it Bridges talks about rights of passage and how the modern culture has basically done away with formal markings of passage. Thus we have to make up our own and it is not usually done with any intentionality in mind. It may just kind of happen. Bridges says:

“It’s worth reflecting on this early transition (i.e. coming of age) in your life because that point may set the style for your later transitions.”

Being the ponderer that I am, I spent some time with Bridges’ suggestion. And here is what I discovered: 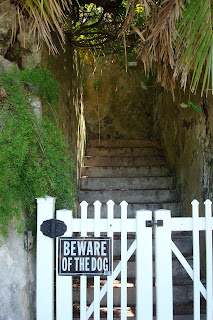 It often takes a really BIG stick to move me out of an established pattern and into transition. You know…things like, say, near death experiences. Mine have been more in the spiritual, emotional and even metaphorical realm, but I also had huge life transitions after each of my parents’ physical death.

This “big stick” theory led me to recall the midwife who helped birth my son saying “You have a really high tolerance for pain.” Yep. I can put up with a lot for a really long time before the pain finally gets to be too much. This can be both a very positive trait (Parenting is a great example as is working as a psychotherapist); AND it can be harmful in terms of my own health (spiritual, emotional and physical). The cool thing is with this new knowledge, I can decide if and how I want to proceed since I might pick up on my pattern a little sooner. Actually, I believe I have already started to do so. This new knowledge just gives a different way to frame how and why I repeat patterns in my life.

My invitation today is that you, too, consider Bridges’ suggestion. What did the early transition in your life look like? When did you “know” you were no longer a child? Can you see ways this ‘right of passage’ has followed you into adulthood? I’m going to keep pondering. I hope you will too!

Ah, rites of passage, kicking and fighting the whole way :)

Good question, lucy. It is difficult for me to draw the line, but for sure it blew into reality when I went away to grad school. I was now financially independent. I coudl provide better for myself than they could. I crossed the age barrier my parents set. I selected a grad school 1000 miles from home, so I could only visit home once or twice a year and my parents had no say in that decision. My life started to turn around and I blossomed.
I had started to pay my own way with scholarships long before this, but that undisputable age barrier (21) not being crossed, my own lack of confidence and their smothering emotionalism made the break impossible before then.

Interesting question, and I completely agree we have nowhere near enough formal rites of passage. Did you ever see the film Emerald Forest? It looked at the (fictional) life of a tribe of Indians living in the Amazonian rainforest. The portrayal of a youth crossing to manhood by means of simulated death and rebirth had real resonance.

I remember always chasing after financial independence and wanting to be "grown-up". Right from early teenage years if not before. I dropped out of school early, didn't go to university, and left home to share a flat with three other girls at 17 shortly after I got my first job. I was greedy for adulthood but had no idea what it meant.

In some ways I still feel stuck at that point. I'm not sure I have any more idea now what being an adult means! I wonder if it's something to do with never having had that other rite of passage: parenthood.

It usually takes big events for me, too--going away to grad school (the first I ever left home--nearly broke me); marriage; buying a home; the birth of my son.

And as I'm sitting here, pondering and typing, I'm realizing that the shift into my forties has been/is a transition point. I'm beginning to accept that my youth stage is gone, that I'm firmly in adulthood, that my dreams need to become a (much) higher priority, that my son is going to grow up and leave and not only is that good, it's the way it's supposed to be...

I'm going to think about this some more....

I would say that the biggest transition in my life was when I made the decision to divorce my husband and did it. It was greater than marrying him at age 19 as I was just doing "what was expected" of us girls then. In fact until I was nearly 40 I only stepped where I thought I "should" in line of what was "expected" of me. I did not feel the genuine feeling of owning myself, only following the patterns of a female, stay at home mother and wife. My transitions have seemed to come on the decades now and you and I Lucy will probably have a "face to face" conversation about those transitions:)

I loved this post and I'll remember to carry a two x four if there's some point I really want to make with you!!!!

ahhh...this really has me thinking.

what of all the abused children out there who never felt they were children at all? who were forced to "be adults" way too early?

really...what of them? (i hope that doesn't read as contrary; i am being utterly sincere here.)