The Girl in Yellow

Here's something a little different today. 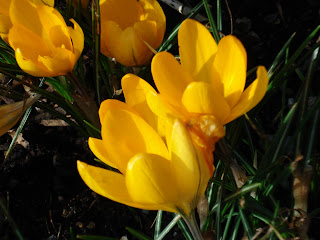 The girl in yellow follows me in and out of the hours of my days. She catches me by surprise, and when I think of her I see light and sunshine. She emanates a glow and I see her smiling face in a bright yellow dress. She pulls me in. My heart feels light and just as suddenly I realize that her face framed by yellow is not laughing nor smiling. The color does not come from woven threads or gleaming rays of light. The yellow is not bright and sunshiny; it is, in fact, a smear.

The color is spreading and oozing down the dress she has just worn to Sunday school. The look on her face is one of horror and disbelief. At only seven years of age, she cannot understand what is happening. It feels like the time she cut open her arm on the swing set and blood spread over everything—slowly dripping onto her clothes. But this time the “blood” is not red. It does not come from an open wound. This blood is yellow and it slowly spreads across her chest and has splattered onto her arms. This blood, in fact, is mustard from a jar, broken when it slammed into her small shoulder after being hurled across the kitchen by her raging father.

She stands in shock, her face silent and frozen. While she was not the direct target of attack, she has become a casualty of war not much different than the child in a war torn country who suffers from shrapnel wounds because she was in the wrong place at the wrong time.

Time has stopped as her mother, who instinctively ducked to avoid the incoming missile, turns to witness her beautiful young daughter covered in dripping yellow goo. Even her father stops his drunken rampage for a moment; sobered by the sight before him. She is his little princess and while he did not consider shielding her from his verbal attack, he never meant to physically hurt anyone—least of all his precious eldest child. 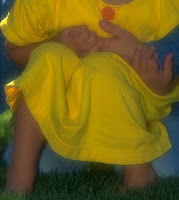 The girl takes in her parents’ shocked faces and immediately feels as though she is the one who has done something wrong. Shame floods over her and through her. She wants to cry and wail like a wounded animal and it appears as if that is just what she will do when suddenly a very slight movement catches the corner of her eye. It is her little brother, three years old. He has curled up into a ball and tucked himself into the corner of the kitchen.

Before her own tears start to flow, she hears the slightest whimper coming from the tiny boy. She cannot cry now. She must comfort her baby brother. She gently reaches down, takes his small hand into her own and says, “Come on, baby. Let’s go outside.”

The parents stand there motionless. They are incapable of caring for their children. They stand by as onlookers, watching as the seven-year-old moves into the role of protector and mother of both herself and her brother. Slowly and very quietly, the two children leave the room; tiptoeing as if their footsteps might give away their whereabouts even though all eyes are upon them. As they walk onto the front porch, the sunshine hits the front of the girl’s dress. There is a quick flash of brilliant yellow and then the gluttonous mess begins to turn brown and harden over the heart of the fair-haired girl.

thank you, tess, for taking the time to read and comment even when you don't know what to say. (you still say much.)

Wow! such a fast moment in a childs life, slowed down and experienced frame by frame. It's so powerful and telling. It's sad she had no arms to hold and comfort her... to keep her heart soft and warm. Thank you for that compelling tale.

...a tale that must be played out in many homes - "little yellow dresses" struggling for survival amidst tumultuous backgrounds.

I just read the “girl in the yellow dress.” It was really moving and intense. I’ll bet it was very hard work to write that small piece. Excellent work. K