“Nothing like talking about good and evil while walking along the beach watching herons.” ☺ Christine Paintner 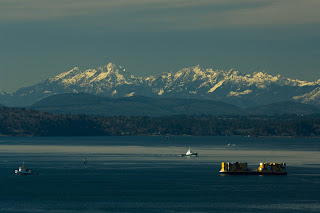 Some days you just need a big dose of delight and that is just what got served up to me yesterday. My strong “Lucy instinct” wants to kick in and say, “Na na na na na na! I got to do something you didn’t do, “ but I will attempt to remain a little more civilized (or not) and simply say I had a fabulous day.

The day started with one of my favorite things: a ferry ride. An amazing sunrise filled the sky and burst through fluffy white clouds that only the day before had been heavy and gray. I stood on the front of the boat in the chill morning air and marveled at the sea, the fog and the golden turning leaves on the distant shores. My destination was Hood Canal and the hermitage of the lovely Christine (and this is where I say inside “Na na na na na na” ☺.) 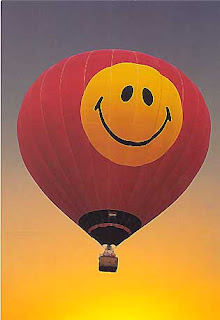 We walked along the rugged shore for two hours, crawling over logs, steering around oyster beds, stepping lightly through hundreds of sand dollars and watching Tune with her keen sense of smell search out crab shells for her morning snack. The biggest dose of delight came as a surprise (as surprises are prone to do) when Christine’s foot disappeared ankle high into the wet sand. Then her other foot vanished and just as I reached out to give her a hand both my feet were simultaneously swallowed by the beach. My balance not being as good as my friend’s, I soon was tilted backwards and plopped down in the wet sand. We both burst into huge fits of laughter and for a few moments we were literally “stuck” in time before we were able to gain our composure and inch and pull our way back to solid ground. It was a glorious moment.

The day was filled with many more delightful moments, but I will stop before I move toward all out bragging ☺. Well, speaking of bragging, I must share just one more event….Yesterday was my daughter’s last school soccer game of the season. She is a Freshman and made the varsity team at her school (brag). The team has, however, not been known as the best team around (oh, well ☹). 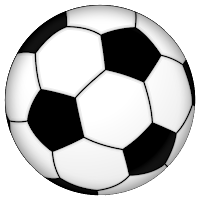 In this final game, they played the #1 ranked team who has not been beaten in several seasons (7 maybe?). Well, the tides changed yesterday and guess who scored the winning goal (the only goal, I might add…oops there’s that bragging again)? You guessed it…my beautiful, fabulous, talented, wonderful, delightful daughter!!!! Brag brag brag brag….Needless to say I was one proud Mom as I watched her grin from ear to ear and the team embrace her when the whistle finally blew at the end of the game.

Enough already. The sun is shining here today and it feels like another serving of delight. I wish you your own joys in the coming weekend!

Awesome that you and Christine are friend - live and in person! It would have been such a delight to join you two, since you both have become part of my every day experience. Lovely weekend, Lucy!

What a glorious time with Christine. I'm a bit envious, I must say. :)

What a great day - who could not be happy for you and Christine and lucky Tune?!

you are all so awesome! it almost makes me feel bad for bragging...almost :-)

I'm not envious... much! So pleased you both (all three with Tune) had a wonderful day. And what a delightful daughter you have indeed - must take after her Mom.

"Some days you just need a big dose of delight..."

That moment of becoming stuck in the sand was so precious to me. Thanks for such a marvelous serving of delight.