The mind is so complicated. A memory returns in a flash and you know beyond a shadow of a doubt that in that remembered moment your heart was pierced deeply and the wound is still healing decades later. Sometimes the healing does hurt more than the original wound. 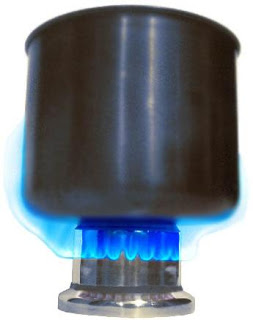 anger simmers like a pot on the stove; threatening to explode while silent and steaming.

turn up the heat just a bit and you will be burned, so steer clear and gently tilt the lid letting the pot release some pressure.

still the anger simmers; ready to bubble over and make a mess. so, you inch away but not before inhaling the aroma of contempt and blame.

you believe you have made the mess. if the pot explodes it will be your fault; and so, you control the temperature as best you can with your tiny hands.

hands thrust inside too big oven mitts that swallow them like boxing gloves. as time goes by your hands will grow into them, but they will always feel clumsy.

never allowed to take a healthy swing, you punch the air like windmills spinning in the wind.

the circle continues on. the steam releases ever so slightly, but still the anger simmers like a pot on the stove.

anger is such a killer.
most of the time when i am angry, it is because i am hurt. when i get angry now, i don't stay angry for long. past anger - i have had to work through - it was killing me. even if there has been healing, and anger revisits me, i pray (you know ... the every day for two weeks deal).
hugs to you.

Rage, if you look at it, is at the core, or heart of courage. You first have to name your rage and then take a do-able step towards changing the rage into courage. like: "I am pissed that I can't walk in the park alone because some maniac wants to terrorize and maybe harm me because I am a woman." The do-able step of courage: "Okay, then, I'll just organize a group of my girlfriends and we'll walk together. Strength in numbers." See? Release these Light dulling burdens and come into the fullness of your magnificence. Oh, yes, you can! You go girl!

Kathryn -- I love the "word play" and your process. Thanks for sharing.

Lucy -- Awareness of the rage allows us hold it up to the light ... observing it in detail as you've done in your poem. Then we can choose to bless and let it go (or not). What follows teaches us the results of our choice. Knowing we cannot "control" what is ... we can learn to make more loving choices for ourselves and encourage others to do likewise. You and your son will be in my prayers today. Hugs

i am so blessed to be surrounded by such caring and brave women. thank you for each of your comments. my own "response" to this post is still bubbling around in my head.