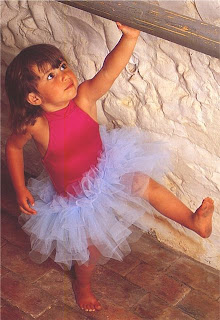 “Being a Silent Woman is not about being quiet and reticent, it’s about stifling our truth. Our real truth.” --Sue Monk Kidd, Dance of the Dissident Daughter.

A few days ago I wrote a post called “Simmering.” Many interpreted it, including myself, as a poem about anger—my anger. And, yes, of course that is true and yet it is not. For as I wrote those words I could envision a specific time and place, I could see the room, feel the tension in my young body, and witness the face of the one who was simmering. The words were about that face and that time and place AND the words were bigger than that with a parade of other faces, times and events being added along the way. They were not simply “simmering” faces. They were faces that attempted to "silence."

Ah, but the beauty is. This woman; that little girl; refuses to be silenced.

Last weekend I was drawn to create a collage using my own picture as the base. When I started, I envisioned layers of color ranging from dark to light with an emphasis more on the darkness that I felt had been surrounding me for several days. But as I worked, the darkness began to recede and colors of life and light arose. A lioness emerged with her power and courage. Jewels began to cover the page. The process was amazing, because even as I had selected dark rows of background, I found myself covering them with flowers and diamonds and kisses; with sweetness and bubbles and butterflies. Something very real emerged. Even in the midst of darkness, my true essence would not be silenced or stifled.

"Even in the midst of darkness, my true essence would not be silenced or stifled." I believe that is something truly worth pondering. How about you?
Posted by Kayce aka lucy at 9:26 AM

Say you open a door from a bright and lighted passageway that leads to a darkened room. Does the darkness flood the bright passageway and envelop you? Nope! It's the other way around, the light is what overcomes the darkness. This is the truth you experienced and know deep in center of your being.This is why you are so awesome! Let there be Light! Amen, Alleluia! Blessings, Sr. K

I'm wondering if I'm not meant to leave a comment today. I am coming down with a cold so my brain is foggy. This is my 3rd attempt (the previous two disappeared into cyberspace before I could publish them) and if IT fails, I'm logging off and putting myself to bed!

You've been BUSY since my last visit Lucy. As always, your photographs, observations, and poetry resonate in the deepest parts of my soul. I love the heart around the keyhole in the joyful door. Your collage and associated writings illustrate the way you live in the light ... bringing it forward for others by sharing.

We are blessed for knowing you. Write on sister!
Hugs,

I am grateful that you are not about to be silenced. Living your truth - which is one of the beauties of you, Lucy! I absolutely loved reading how you started with the dark rows, yet your truth took over your creation!

i am blessed to be among you wonderful women! your voices add strength to mine and i am reminded of the adage that we can only see in others that which we ourselves know. so, here's to light, goodness, beauty and rocking on!!

I've been catching up too, Lucy. You are inspiring me, showing me new ways of exploring. Shedding light. Beaming light, actually.

gabrielle--
somehow your presence always brings a bit more light into my day. it is good to have you here again!